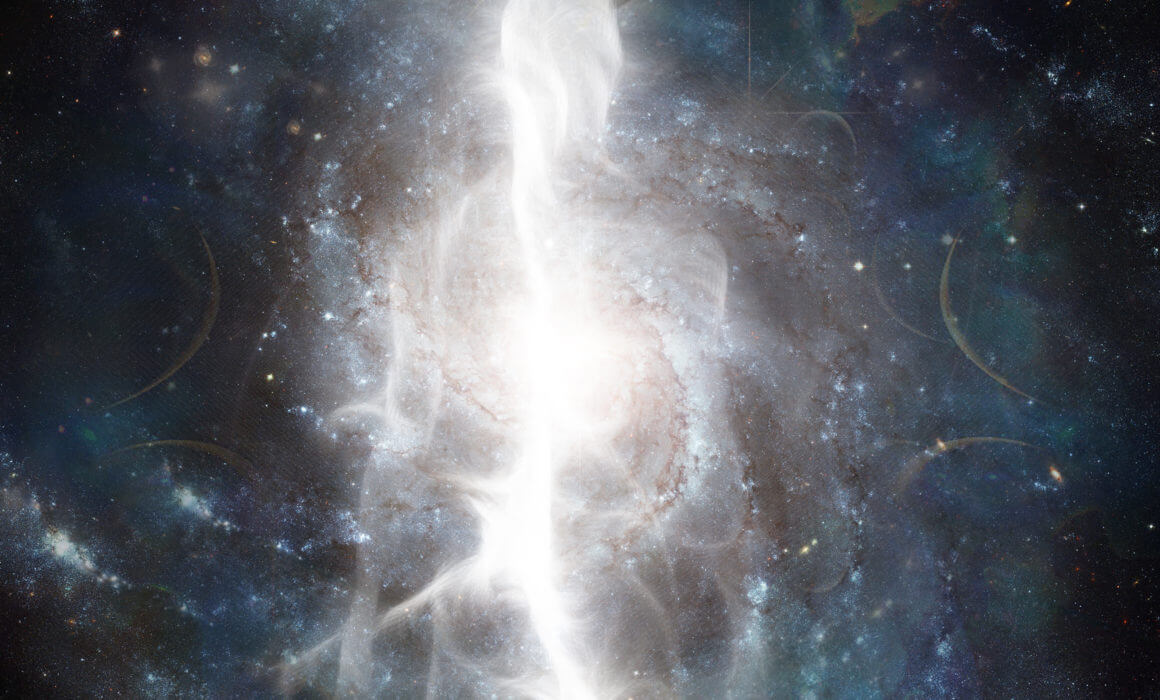 Let’s set the scene…it’s 6:30 pm on a cool late summer evening in a small New England town. Twenty-one people pull their chairs up by the fire at the edge of the woods to listen to Erica Lee, a world-renown psychic medium, commune with the Spirit.  Yes, it sounds like the beginning of a thriller. 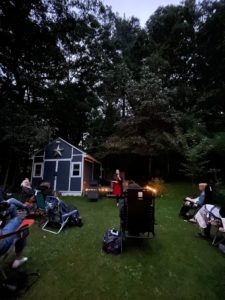 Flashback to 24-hours earlier. My previous excitement for this group’s psychic medium event was waning, and my overactive mind replaced that emotion with something akin to dread. Yes. Dread. I know; it sounds overly dramatic. But remember, I have no experience with stuff like this, except if you count the movies I’ve seen, which shows the heroine getting haunted for the rest of her life for having the audacity for waking a Spirit (I’m sure that’s a movie, right??). Also, my Dad died nearly 21 years ago. I loved my Dad, but I’ve also moved on. So my concerns were: 1. If he’s resting, why wake him. 2. Would I wake him? And 3. Will this reopen all those terrible emotions I felt at the time of his passing? If so, I certainly wasn’t interested in that at all.

Back the evening in question. Erica kicks off the festivities by telling us that two Spirits have joined us, a gentleman and a “graceful” lady. “Who will speak first?” she says. “Of course, the gentleman is being a gentleman and will let the “graceful” lady speak now.” Erica then goes on to describe this female Spirit and her family in a bit more detail, then pauses, “does this resonate with any one of you?” she asks us. One woman in front hesitantly raises her hand halfway up and looks around, saying, “if this doesn’t mean anything to anyone else, then I think it’s one of my relatives.” Well, it turned out to be her Grandmother, Grace.  Erica then went on for another 5-10 minutes describing details about my fellow attendee’s Grandmother and their relationship that she should never have known.  Our resident psychic medium also relayed messages to her Granddaughter about what’s happening now in her life—offering encouragement and praise. The impact Erica was happening on Grace’s Granddaughter was extraordinary. You could see love, happiness, and serenity radiating from her.  Truly magnificent.

The night didn’t stop with Grace. All told, about 20 Spirits showed up to connect with my fellow audience members. Some showed up in groups, like a deceased brother and mother, husband and wife, Grandmother and Grandfather. None of them passed to Spirit simultaneously, but they found each other once on the “other side.” Some of my fellow attendees cried; some were comforted; some were just really really happy. And every single time a Spirit showed up at our little intimate group psychic medium shindig, Erica would provide details she shouldn’t have known. These otherworldly experiences didn’t just positively impact the person she was connecting with but the rest of us too as we watched the transformation of their faces each time our Medium friend opened her mouth. 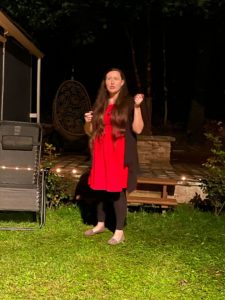 What did I learn during these two mystical hours in the dark by the fire?

And did my Dad show up to the party? I think so. About 70ish percent of Erica’s information was spot on, and the other 30 percent were questionable. The thing that hit home for me was when she said, “this gentleman is standing a bit back, looking at me strangely wondering who the hell I am and what he’s supposed to do.” Yup. That’s my Dad—a man of few words who assessed things from afar.

Next time, Dad (and there WILL be a next time on October 28th), step up and talk! I’m dying to know how you are and what you’re getting up to!

Thank you, EveryBody in Mind Wellness Center, for hosting this night of intrigue. I will absolutely be attending Erica’s next group psychic medium event next month. And, I think I’ll also sign up for her Psychic Development classes. As she said, we all have this ability, some more strongly than others, and we just need to learn how to use it.

Aw, hell. I may even sign up for a one-on-one with Erica to see if that would entice Dad to be more chatty.